Elliott will live a great adventure out of this world and across the universe. Used to moving frequently on Earth, he will finally find his home in space. Mo is a stegosaurus who has lived in the Centrium's 11-38 biosphere for a long time. The problem is, he doesn't know how he got there! Frankie (Mum) is Elliott's mom whose scientific approach to things doesn't mean she won't act impulsively if necessary, and whose love for Elliott will lead them to travel together to the end of Earth, or beyond.

Along the way they will meet incredible aliens and surprising new friends and explore the Centrium, an exciting place in the stars filled with cosmic creatures that, though of different species, coexist in harmony.

ELLIOTT FROM EARTH is directed by Mic Graves and Tony Hull, the team behind THE INCREDIBLE WORLD OF GUMBALL and is produced by the Cartoon Network team in Europe, the Middle East and Africa. 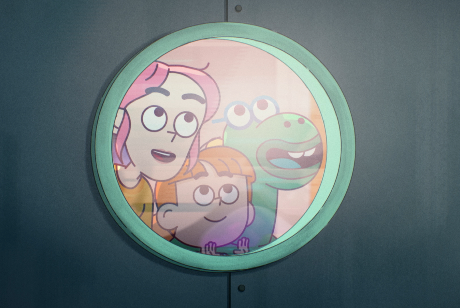