In IN THE HEIGHTS, Lin-Manuel Miranda, creator of Hamilton, and Jon M. Chu, director of Crazy Rich Asians, invite you to a cinematic event where the streets are made of music and small dreams become big. Based on the adaptation of the Broadway musical, it tells the story of a group of Latino neighbors living in the Washington Heights neighborhood of New York, who are full of dreams and hopes and live their daily lives to the rhythm of salsa, merengue and a little hip-hop.

Lights up on Washington Heights... The scent of a cafecito caliente hangs in the air just outside of the 181st Street subway stop, where a kaleidoscope of dreams rallies this vibrant and tight-knit community. At the intersection of it all is the likeable, magnetic bodega owner Usnavi (Anthony Ramos), who saves every penny from his daily grind as he imagines, hopes and sings about a better life. This exciting story also narrates the life of the beautiful Vanessa (Melissa Barrera), a young woman who wants to escape the Latin Quarter to live in the center of the city; Nina (Leslie Grace), who has just returned from the prestigious Stanford University, from which she had to withdraw because she knows her father does not have the resources to pay for it; and Benny (Corey Hawkins), an ambitious and hardworking young man who is in love with Nina, but will have to face the rejection of his parents. 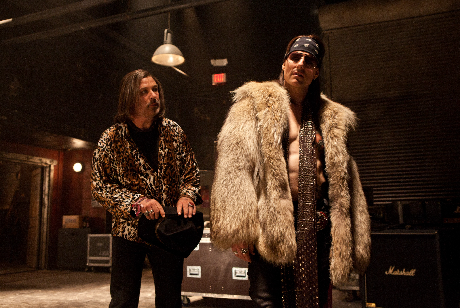 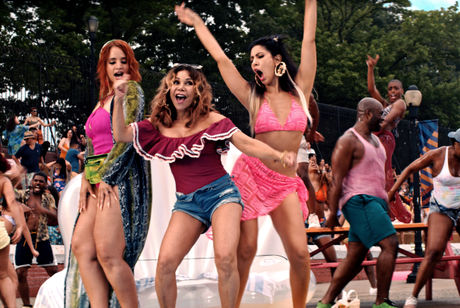 IN THE HEIGHTS now available on HBO MAX