HBO Max presents the new Max Original production from Argentina: ALMOST IN LOVE, which debuts on October 9th exclusively on the platform. The dramatic film tells the story of the emancipation of a daughter from her father, a man who desperately seeks to love and to be loved.

The film tells the story of Santiago (Sbaraglia), an emotionally shaken single father who is totally adrift in his personal life after a breakup, but who finds refuge in the close and affectionate relationship he maintains with his teenage daughter Laila (Miranda de la Serna). What seems to be a chaotic summer in Argentina and Brazil turns out to be a turning point in their lives and in their bond. A journey full of contrasts, contradictions and passions, which complicates life in post 2001 Argentina, where Santiago makes his way in search of happiness.

With complex, empathetic characters, and employing uncompromising dialogue, this emotional drama is a story about the intense desire to love and be loved.

The cast consists of talented actors like Eva Llorach, Alberto Ajaka, Beatriz Rajland and Iván González, under the direction and script writing of Leonardo Brzezicki. The film is an international production between Brazil (RT Features: Call Me by Your Name, Ad Astra), Argentina (Ruda Cine: The Human Surge, Too Late to Die Young), Chile (Quijote Films), and was filmed in the cities of Buenos Aires and Rio de Janeiro.

ALMOST IN LOVE is a Particular Crowd film for HBO Max. 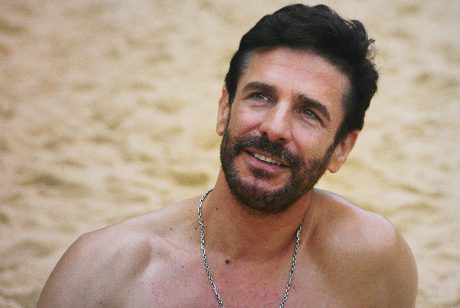 “ALMOST IN LOVE” arrives exclusively to HBO Max on october 9